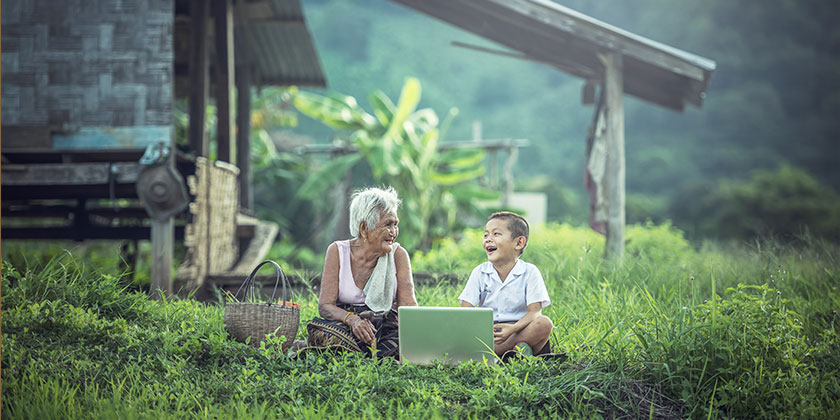 Imagine that you wake up one day having been transported to deepest rural China, India, or somewhere in the North African Desert, basically anywhere in the world that you have little knowledge of, in which the language consists of symbols that you do not know and dialects that are indecipherable to your ear. As well as being physically lost, you are now totally illiterate.

Any written language that is foreign to you immediately gives you a sense of what it is like to be a learning -disabled child; at least for the moment. Soon, however, if you remain immersed in this foreign culture, you would start to learn how to read the essentials of the language, if only to find food, water, shelter and communication.

Your mind starts to connect the visual symbols of a character with its sound, and with the context of the situation. For example, if you were marooned in rural China, and someone offered you something that looked, smelled and tasted like water, and while doing so, said the sound shway while handing you a bottle with this symbol,

you would soon learn that this is the written symbol for water. Contextual, experiential learning will start to imprint this symbol upon your memory, and constant repetition will eventually seal it permanently.

But what if, after six months, you still could not recognize the symbol for water? You could pronounce the word in conversation but finding it on a Chinese menu is as difficult then as on your first day.

Educators and parents have struggled with this issue as they observe children with reading disability repeatedly fail at recognizing even the simplest of English words like cat. Reading disability has been the subject of formalized scientific study for over a century, and among the numerous strands of research, the relationship between visual processing and learning always remains a predominant area of research.

There is a distinct schism in the community of practitioners and theorists as to whether there is one or possibly many causes of reading disabilities. Many prominent researchers in the field (Stanovitch, 2000, Siegel, 2013) point out that reading disability is primarily caused by an underlying deficit in phonological skills (the ability to sound out letters and word segments).

On the other hand, other researchers such as Willows (1991) suggest that at least a subgroup of children with reading disabilities might experience problems with visual processing of information. She writes that based on a number of well-controlled studies performed with consistent outcomes, “the early visual information processes of disabled readers are different from those of non-disabled normal readers.” (p. 179).

One hypothesis is that children with a reading disability, experience a fundamental difficulty with the visual perception of letters and words once the image leaves the retina and travels to the visual cortex of the brain.

Part of this problem has to do with the amount of time that a child “holds” the image of a letter in visual memory before moving on to the next image. This is called temporal integration, and Willows highlights a number of studies that show LD readers have a longer separation threshold between two images, which point to a cortical visual processing problem rather than a surface-level vision problem. (Willows, p.177).

Again, the story from the rural China scenario drives home the point. These two words, for “dirt/soil,” and “scholar/warrior” are extremely similar in construction to anyone not familiar with written Chinese. The subtle differences between these characters (in this case, it all comes down to the lengths of the horizontal lines) requires sharp visual processing skills and optimal memory function allowing the native Chinese reader to distinguish these characters. 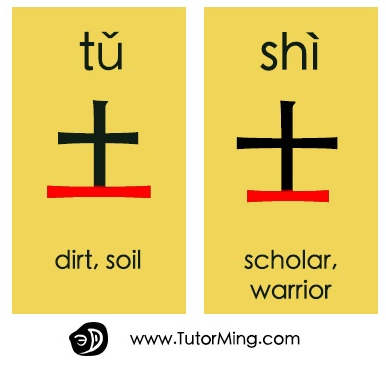 A child with a reading disability would experience problems in distinguishing these characters due to inherent difficulties in temporal integration. What this means is that a child with learning disability experiences difficulties in processing visual information (words, letters, images) presented in rapid succession (as in reading). This delay in image recognition caused by a deficit in temporal integration slows down the reading process and hampers the child’s ability to read words efficiently and understand the meaning of a passage.

The Changing World of Learning Disabilities in Children
June 24, 2019

Reading Disabilities: Fatigue and the Internal Routings of the Brain
March 19, 2019